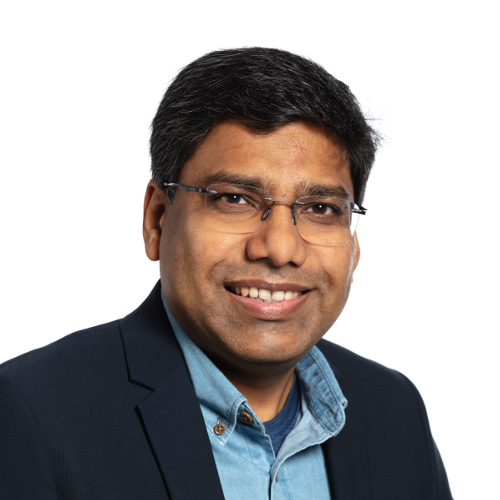 By Shyam Sunder
VP of Global Sales at PayiQ

During my years as a research specialist in MaaS, I would very often compare ecosystem successes based on collaborations. Take the airlines for example, they were the first to go mobile and have several solution providers like car rentals and hotels integrated. Besides, and because they had a governing body like FAA and DOA. Unfortunately, I don’t see this kind of collaboration or regulation support in the MaaS space. Despite of having several evangelists or policy writers, there are either strong “ego-systemers” or open “ecosystemers”. The problems of open ecosystem are plenty and because city transport bodies have their own vision and they feel open ecosystem players usually disrupt the market for a short duration and exit abruptly, there is some laid back sense of how this equation evolves. Take the present situation of Airbnb or Uber or Lyft for example. Both Uber and Lyft were an option for taxis and cabs. However, none are for the city or by the city. I am not going to touch upon the wounds of Uber and Lyft here, however, the effort here is that we rather touch upon the medication for public transport in these challenging times.

When you compare the airline’s planned application-oriented sector (obligation to serve) against your city public transport, besides being the oldest brand of the city, the PTs took several years to digitize. In several global cities you still experience old school issues, like where is your bus-stop, where is your bus, which bus to board, where is your ticket and where to get off. And one invariably requires a google map trip planner to assist you if you are in some godforsaken city where the local language is a challenge. Once you hop on the bus there are no screens or information to guide you to the next stop. Of course, the mobile ecosystem has several options to take you straight to your destination, or you can move from bus mode to metro mode of transport, if city offers that, and you pay for an expensive ticket. Truly these are THE GAPS that make a city uncomfortable for many.

Coming back to the airlines, the present situation has put forth several challenges to an already bleeding sector and new formats of travel seating and boarding are being calibrated. It’s a pain point they must solve to get over this worst tide. However, every basic step, including wearing seat belts and folding trays, is always followed and instructed during boarding and landing. While in the PT side, there are no such calibrations or plans, and this is purely because for years PTs did very little fleet and route planning and because engineers spent more time on solving traffic growth. Also, they had very few tools to use due to time consuming and expensive route planning and dead zone planning. Then you also had cities growing faster and the big variations between modern fleet cities and cities with current generation of fleets.

Now when the cities get back to the new normal, PTs will have to start giving a new set of directions to passengers: how to be seated or have online seat booking or in-vehicle seat numbering, touchless ticketing, sanitizing the buses, PPE gears or even infrared thermal camera’s to check on passengers flouting norms. There are already so many dialogues all over the social media and several experts have voiced their versions on the best way to travel. In fact, there have been suggestions to free roads of low capacity route buses and allow cabs and taxis with reduced charges and plastic screens for daily commuters.

Well none of this is going to happen.

The current cash crunch in the economy and reduced spending means that PTs will be the mode of transport that see a high influx of users. People will prefer to hold on to their spending and manage low cost travel. It’s a big comeback time for the PTs, however the major issue to solve is the trust factor for and by the passengers (the directions).

To start with, having safe travel without infections by at least 98% assurance is a tough expectation to guarantee. Most of the commuters will spend on PPE gear and commute to their work and look for ways and means to have smartphone-based tickets. With several innovations in place, the PTs may also do away with onboard validators and implement beacons to manage hop-on hop-off automated tickets.

At PayiQ’s technology kitchen, we have been tirelessly working at creating a Covid-resilient ticketless product that makes PTs reduce their capex spending in these challenging times. Instead, believe in PayiQ’s technology and phone ecosystem to bring huge convenience to riders. This way agencies can manage obligations and PayiQ’s digital infra-platform makes it easier.

The digital infrastructure/platform that PayiQ provides for smart ticketing will allow local public agencies and governments managing them to have several obligations of both present and future needs met. By using PayiQ’s infrastructure/ecosystem, public agencies can draw a focused plan and make all ground-level collaborations easy to integrate and execute for the good of the travelers. “For the city and by the city”.

A full-featured application for PTs that can solve multimodal automated hop-on hop-off, pay for services across bus terminals and train stations or on trains, notifications to customers on routes, timetables, ticket types and purchases. Multimodal door/lock openers for first mile-last mile that also provide health updates of commuters who may or may not have been exposed to Covid-19. Commuters can communicate about their health by taking temperature readings and sharing them with PT authorities with a health QR code. This way commuters are self-responsible of every travel they make on public transport.

Be safe and commute with responsibility.