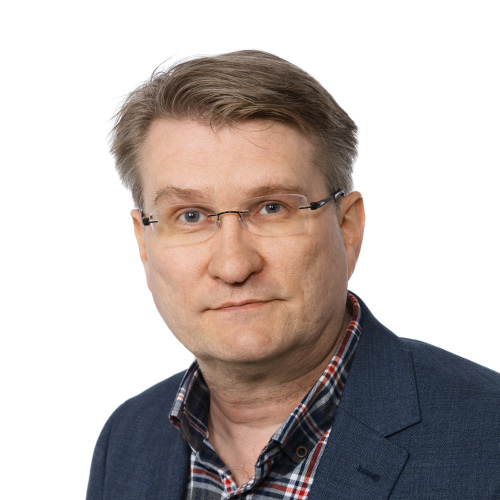 By Pirkka Lankinen
CDO of PayiQ

Whenever a new technology is introduced, there are two main questions hanging in the air: does it work and what is it good for? The first question is best answered by trying the thing yourself and, if there is interest,  studying the architecture behind it. The second question refers to money or time saved, quality improved or some other measurable improvement to the current state.

Decision-making on new technology should therefore be relatively rational, but it seldom is. We may have practical reasons for using social media but most of us use it most of the time because we are addicted to it. We may rationalize buying a new car referring to its fuel-efficiency or safety, but we actually buy it to look good in it. We are humans.

When cities invest in improving their transport systems, they tend to be human too. The system itself is a complex engineering miracle with a lot of logistics, physics, economics and other rational disciplines involved. From afar, one might think that the decision-making regarding it is a relatively straightforward exercise in resource optimization. At close, it is often something quite different. It is politically motivated, busy human beings under pressure making decisions on complex things that must function in an unknown future. It’s modern life.

When we discuss our ticketing platform with cities, they often ask for ROI (Return On Investment) calculations and we are happy to provide them. We can put a price on the investment and maintenance, on resources saved, shortened boarding times, accumulated travel data and even present an estimate on the effects of increased customer satisfaction and then funnel all of that into an equation and produce the needed numbers. Sometimes they matter, oftentimes they do not.

In the municipal machinery the decision ends up on the tables of political trustees. Money still counts, but what’s more important is the pressure decision-makers are under. Pressure from the electorate, from the party, from the experts and public servants, from the lobbyists, from the media, from friends and family. Many a time the ROI calculation is soon forgotten and the decision reached is the one that maximises pressure relief.

This is politics, the stuff democracy is made of, and we should respect that. However, from the societal point of view there is the question of rationality and making the right choice for the public, and for the long run, too. Do the decisions build a bridge to a better future or block it?

Smart cities are the rage at the moment. The world’s population is moving into cities and the international competition happens increasingly between cities rather than between nation states. And once you add to this all the contemporary challenges with carbon levels, energy, water, congestion, parking, AI, social justice etc. you know you need all the intelligence there is to come out a winner.

Smart cities are about data driven services, internet of things and AI supported optimization of resources. If you stop to look at the list, it is quite obvious that good communication is a requirement to make this work. Machines, data storages and humans must share information inside and across disciplines and silos. Everything must be connected. In today’s ICT lingo we say that the system as a whole must be built on open API (Application Programming Interface) architecture.

To give a simple example, recently Finland dismantled some of its regulation regarding taxi services but did not require open APIs. Now taxi companies can set their own prices and offer them in their own apps but there is no easy to use marketplace where you can compare them. The customer has to either open (and have an account) on all of the apps or go to a cab stand and run around asking for prices. Without open APIs the good intentions turned into a dumb city.

In this example the result is a nuisance to the consumer, but not paying attention to open access to data can result in much bigger blocks. Without access to data on what is going on, you cannot plan routes efficiently, you cannot react to emergency situations swiftly, you cannot build infrastructure optimally and you cannot develop the exact services that people need.

The technical and legal environment is also developing fast. For example the privacy and security requirements as well as payment solutions offer new challenges almost every day. And everything should be seen in global context as well as local. The businesses, the experts and the travelers that the competitive cities want to attract are looking for environments they can access and adapt to. Open is the only way to go.

Adapting to the open API future does not necessarily mean throwing away what you’ve already got. The intelligence of many applications can be drastically increased by adding an intelligent platform (like our PayiQ TaaS) to power them. And once you’ve done that, you can easily start adding new services like scooters or shuttle buses and build multi-modal rides to your customers.

To put this all into layman’s language: a city with a lot of dead ends and institutions that do not talk to each other is very difficult to develop. A city in which you can always find a way forward and where exchange of information is the norm is a platform for growth and abundance.